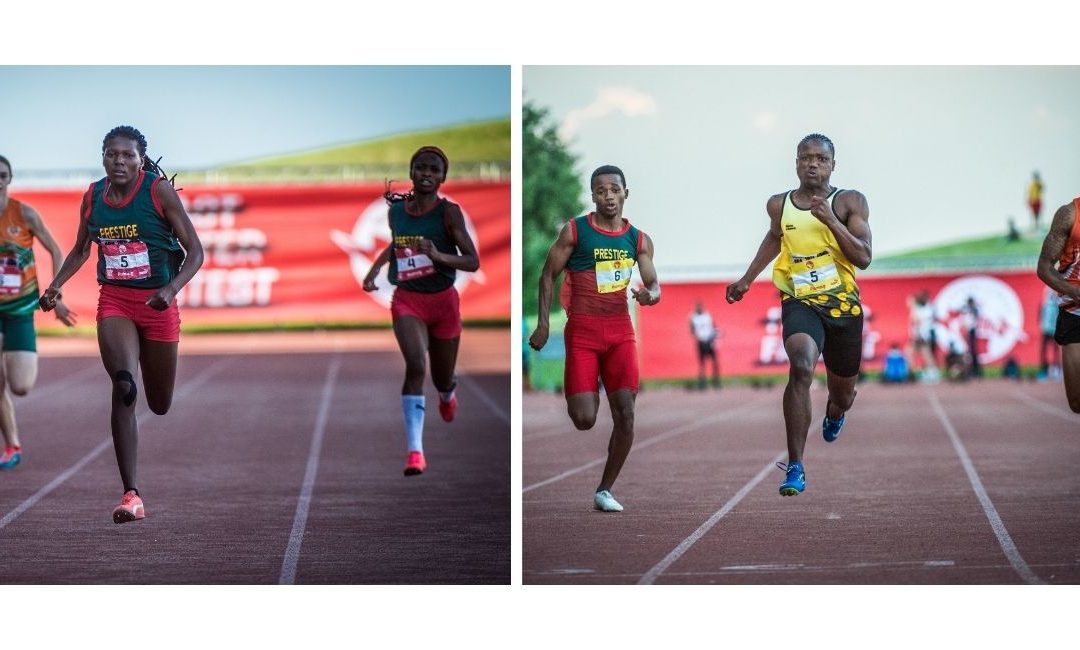 The PUMA School of Speed #3 was the source of much excitement at Ruimsig Stadium (Roodepoort) on Saturday 13 November 2021 with junior track & field stars pulling out all the stops to stand out from the crowd.

“We could not have asked for a more action-packed closing off of the 2021 PUMA School of Speed season,” says PUMA Marketing Director Brett Bellinger. “The vibe was fantastic with junior track & field stars going above and beyond to do their best. A big congratulations and thank you to each and every athlete that competed.  Your hard work has paid off, and it was an absolute pleasure watching you reap the rewards today.”

No stranger to the PUMA School of Speed, Prestige College’s Precious Molepo (originally from Limpopo, residing in Johannesburg) was a force to be reckoned with in the Girls U17 400m. Molepo claimed victory in an impressive time of  54.50 seconds. “The PUMA School of Speed really inspires younger athletes and makes us want to run,” says Molepo. “We love the medals and everything about the series. The competition was easy, I just relaxed. I’m not happy with my time, I really wanted 53-seconds, but claiming gold makes me happy.”

Representing TuksSport Athletics Club, Odette van Wyk (Pretoria North) was dominant in the Girls U19 200m, crossing the finish line in 25.91 seconds. According to van Wyk, the PUMA School of Speed is one of the best meetings in South Africa. “It’s always well-organized and looks really neat,” says van Wyk. “I am proud to compete at this event, it has the best competition, with the best athletes competing. It’s nice to compete here because you know that you are competing against the best athletes.”

Vorentoe High School’s, Vuyo Moss (Auckland Park, Johannesburg) took no prisoners in the Boys U19 200m crossing the finish line first in a deserving time of 21.01 seconds. Moss also took the top spot on the podium in the Boys U19 100m with a lightning-fast time of 10.54 seconds. “I would like to thank PUMA for their support, if it wasn’t for them there wouldn’t be an event and I wouldn’t be able to compete here today. I appreciate the PUMA School of Speed Series. I competed against time today. I pushed hard and I am so happy with my time.”

“The PUMA School of Speed is a great opportunity to run quick times,” says Boys U19 400m winner Dário Matau (Fourways, Sandton) who represented FWAAC. Matau claimed victory in 47.98 seconds. “I hoped to run a sub-48, which I did, so I think I did well. It means a lot to claim gold today, as I am not a 400m athlete. It means a lot to beat the 400m guys.”

Prestige College’s Banele Shabangu (Hammanskraal) was in top form in the Girl’s U19 100m, claiming gold in 12.03 seconds. “The PUMA School of Speed is a really good event, and I am proud to say that I have been part of it for four years,” says Shabangu. “This is my last year and my last day running at this meeting and I am really proud of myself. The competition was awesome, but I didn’t reach the time that I was aiming for. At least I did do better.”

EXCITING NEWS:  The PUMA School of Speed Series welcomes individual athletes and/or schools who believe that their future is #ForeverFaster. Junior track and field stars between the ages of 14-19 can follow in the footsteps of Usain Bolt. All entrants stood a chance to be scouted and contracted to the PUMA #ForeverFaster Squad. The top talent will be identified shortly and will be awarded PUMA CONTRACTS!

PUMA Ambassadors join in on the fun:  An impressive list of Grigora Athletes and PUMA Ambassadors attended the PUMA School of Speed #3 on Saturday. Junior track & field stars got the opportunity to interact with a number of their sporting heroes including the likes of Thembo Monareng, Wenda Nel, Sinesipho Dambile, Clarence Munyai and Henricho Bruintjies. The Grigora training group represents the birthplace of speed, excellence and performance – being founded on the belief that South African sprinting’s time has come. The Grigora training system includes both performance and business elements which creates an environment where athletes can flourish both on and off the track.

Live Entertainment:  As if the action-packed lineup wasn’t enough, entrants and spectators were treated to a live performance by Afrobeats singer and Nalingi hitmaker, Manu WorldStar.