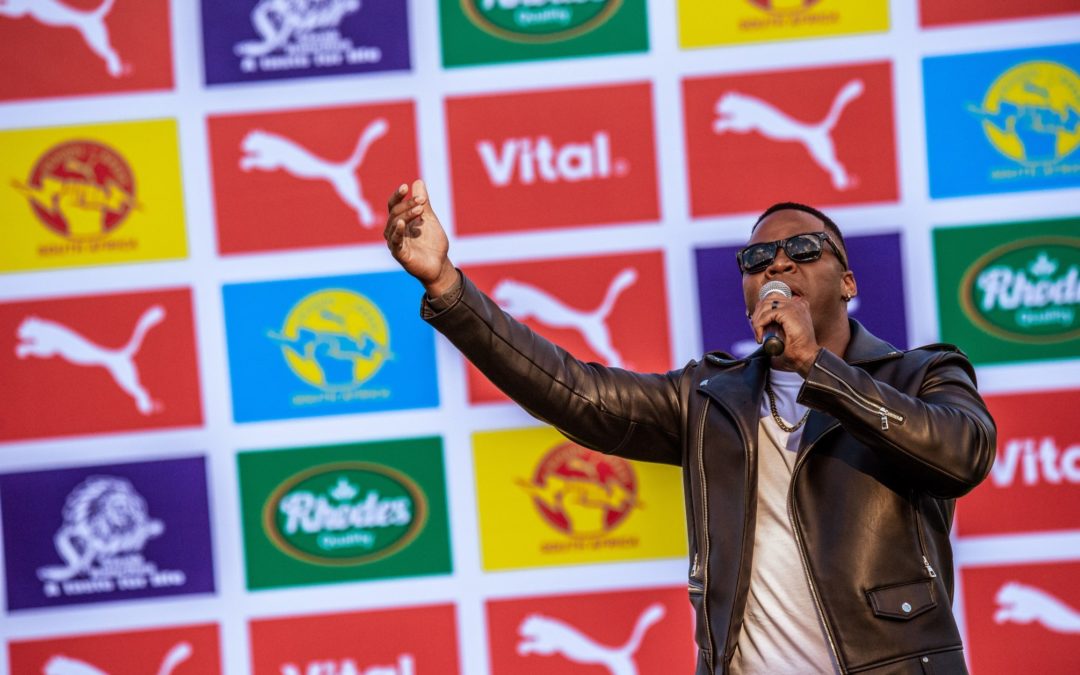 South African musician, Lloyd Cele will be part of the PUMA School of Speed #5 celebrations at the Puk McArthur Stadium (Potchefstroom) on Wednesday, 13 March 2019.

Launched in November 2016 by PUMA and Stillwater Sports, the 2019 PUMA School of Speed Season kicked off in Stellenbosch in January, headed to Roodepoort and KZN in February, before taking Pretoria by storm on Saturday, 02 March 2019.  The series is committed to the development of athletics talent in South Africa by discovering the fastest young Speedsters.

“The PUMA School of Speed #4 in Pretoria was electric,” says Cele.  “The audience was really supportive of the athletes and added to the vibe during my performance.  Performing at three out of the five Meets is a humbling experience.  I am into sports and being healthy, so I love being involved in such a great initiative that brings schools together through sport.   I am looking forward to more records being broken.  The Potchefstroom community can expect a fun-filled, sing along performance.  Look forward to hearing familiar and popular songs.”