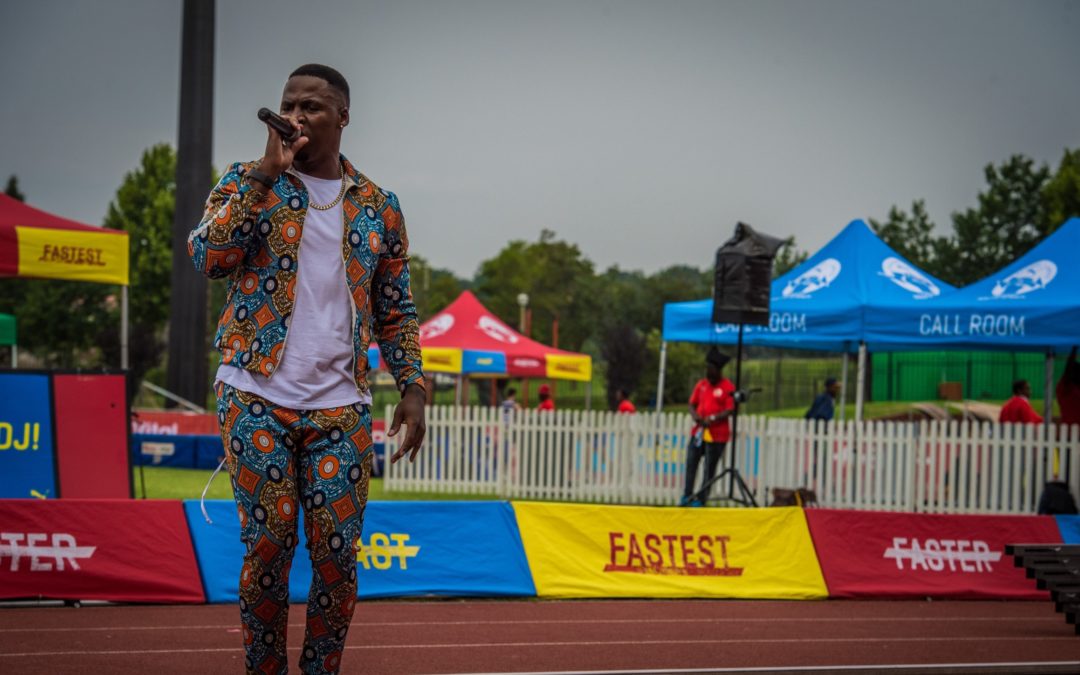 Seen here:  Lloyd Cele performing at the PUMA School of Speed #2 in Roodepoort earlier this year.

“The PUMA School of Speed Series is a fantastic initiative,” said Cele.  “It allows students to compete in a fun and challenging environment that is organised in a very professional way.  I was amazed to see so many talented athletes.  There was an all-round happy, fun vibe on the day.”

“I am looking forward to seeing whether the Pretoria crowd can make more noise than the Roodepoort crowd.  Athletes and spectators can expect to hear familiar hits that will get them out of their seats, dancing and singing along with me.”

Launched in November 2016 by PUMA and Stillwater Sports, the PUMA School of Speed Series is headed by the World’s Fastest Man Usain Bolt and is committed to identifying and developing young South African athletes who believe that their future is #ForeverFaster.