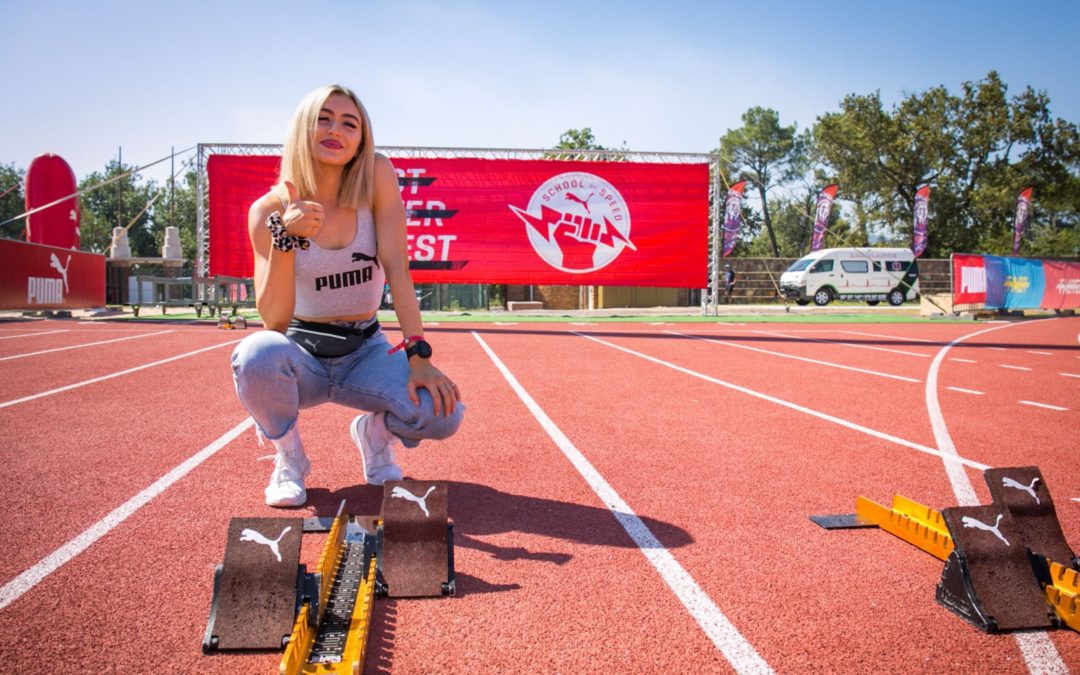 Seen here:  Gena Löfstrand at the PUMA School of Speed #1 that was hosted at Coetzenburg Athletics Stadium (Stellenbosch) in February 2018.

“My first few achievements were winning SA Senior Champs, SA Opens and SA Junior Champs in 2013 when I was 17,” says Löfstrand.  “After that I competed at the World Junior Champs in 2014 where I made the semi-final. I ran my 800m personal best time of 2:01 in 2017, the same year that I competed in my first senior World Championship, making the semi-final.  Although 800m is my main event, I sometimes run 400m just for speed work.”

“I am excited to be a PUMA Ambassador.  I love everything about the brand and what it stands for. The support that I have received from PUMA has been amazing.  They have given me the opportunity to run professionally, allowing me to focus purely on chasing my running dreams.  I am proud to be part of the PUMA family.”

“The PUMA School of Speed Series is such a great platform for up and coming athletes to showcase their talent and all the hard work that they have put into their sport,” continues Löfstrand.  “The meets are well organized, well supported and just super exciting to be a part of.  The Series gives athletes from all over the country something to work towards and look forward to, a reason to pursue athletics. I believe that Puma is becoming a powerful force in helping grow athletics in South Africa.  I am looking forward to the final two meets, the PUMA School of Speed #4 in Pretoria and the PUMA School of Speed #5 in Potchefstroom.