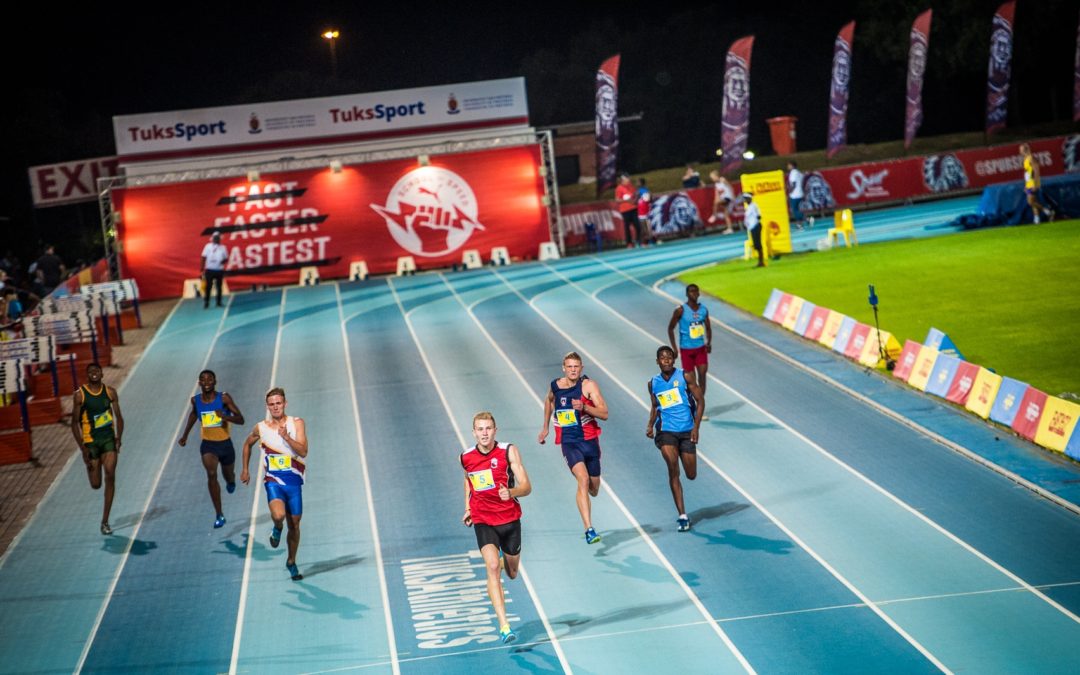 Seen here:  Junior track & field stars in action at the PUMA School of Speed in Pretoria in 2018.

The LC de Villiers Sportsground (Pretoria) is in for a speed storm on Saturday, 02 March 2019 as junior track & field stars prepare to go #ForeverFaster following in the footsteps of the World’s Fastest Man Usain Bolt at the PUMA School of Speed #4.

“We literally hit the year running with the 2019 PUMA School of Speed track & field meets,” said Michael Meyer, Managing Director Stillwater Sports.  “The first three meets where exceptionally well supported in Stellenbosch, Roodepoort (Johannesburg) and KwaZulu Natal.  Junior track & field stars gave their all, ensuring an action packed day both for athletes and spectators alike.  We look forward to continuing the action in Pretoria in March.”

“The first three PUMA School of Speed meets delivered #FastTimes and action-packed racing,” said PUMA Marketing Director Brett Bellinger.  “Our junior track & field stars did not disappoint, proving that the future of the sport is #ForeverFaster in South Africa.  We are excited to host the fourth (and second last meet for 2019) at the LC de Villiers Sportsground (Pretoria) as we continue our search for South Africa’s fastest young Speedsters.  We are proud to help grow the exhilarating sport and look forward to growing our PUMA ambassador programme in 2019.”

The PUMA School of Speed’s first Head Girl, Rose Xeyi (Soweto, Prestige College) will be seen in action in Pretoria.  “I love the PUMA School of Speed Series because it gives young athletes the opportunity to showcase their talent.  It is one of the best platforms for explosive athletics.”

PUMA Star, Benu Meintjes (19) from Kimberley is hoping to be injury free by Saturday, 02 March.  “It means the world to me to be a PUMA ambassador,” confirmed Meintjes.  “It means that I have a team who supports me and gives me the opportunities to live out my talents doing what I love.  Being associated with one of the best brands in the world is a great confidence booster.”

“The PUMA School of Speed Series is a great initiative,” continues Meintjies.  “In addition to identifying talented athletes, the series also ensures great racing opportunities and experiences.  It’s also the best organized track meets that I have ever attended.  My goal at each meet will be to do my best, while having fun.”